THE JOURNAL TO SAVE YOUR LIFE TEAM 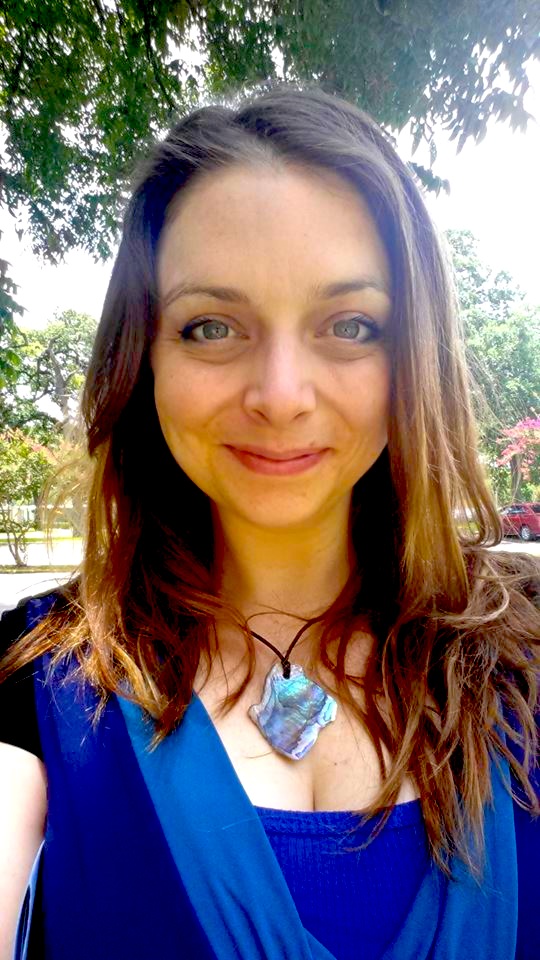 Holly’s life experiences of sexual violence, bullying, alcoholism, cutting, suicidal ideation, severe depression, social anxiety, and a raging desire to HEAL and MEET THE WORLD drives her to be an authoritative advocate for under served and uninsured children and adolescents.

Holly brings her MBA to bear on the mental health industry with J2SYL. She also has her RN license in psychiatry, and she is at the University of Texas at Austin attaining her Psychiatric Nurse Practitioner license with a focus on pediatrics. She has written a trilogy about her own adolescent delinquency as a way of furthering her mission of connect viscerally and positively with youth. 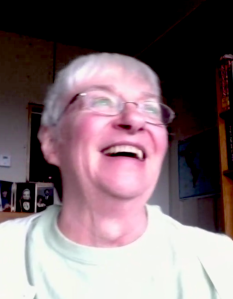 Dr. Werstein has performed the research and compiled the information necessary to make J2SYL’s ‘Social Skills Training’ happen.  She has held multiple leadership positions throughout her lifetime, and she brings a wealth of knowledge, compassion, and dedication to J2SYL. Twyla S Werstein, B.A., B.S.N., M.A., D. Min. has degrees in psychology, adult education, nursing and medical ethics from UT Austin, St. John’s College in Santa Fe, NM, and Rice University.

She is currently a Global Nurse for an Emergency Department’s Behavioral Unit in Colorado. She has worked for universities on Houston, TX and Dunedin, New Zealand lecturing in ethics, pastoral care and English composition. She has served on Ethics Boards of hospitals in both USA and New Zealand and directed students in clinical settings.  She also has worked in Inverness, Scotland as a consultant. She has had several articles printed in newspapers and for professional journals. She was a Girl Scout leader for over 10 years, has two daughters and two grandchildren and two cats as well as a great husband. 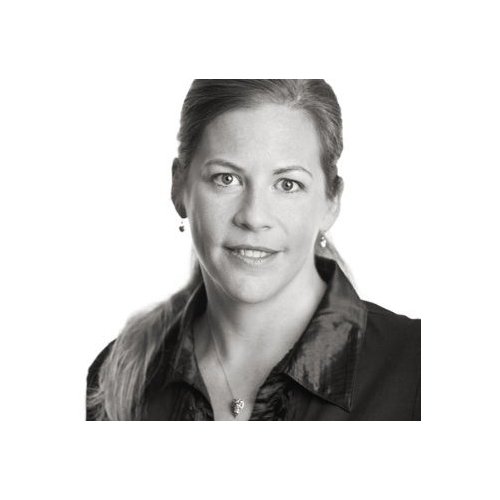 Tina Schweiger is the Leader of the website development of J2SYL.org and the recipient of our 2013 IndieGoGo.com Fundraising Campaign. She built J2SYL.org for a mere $15,000 while J2SYL.org is estimated as being a $50,000 website ~ because she believes in our cause.

Tina leads the Austin office of Ascend Marketing. She brings her unique approach to strategy, branding, and experience design to add to the expertise of Ascend. Her entrepreneurial background gives her the ability to provide a fresh perspective to client challenges. 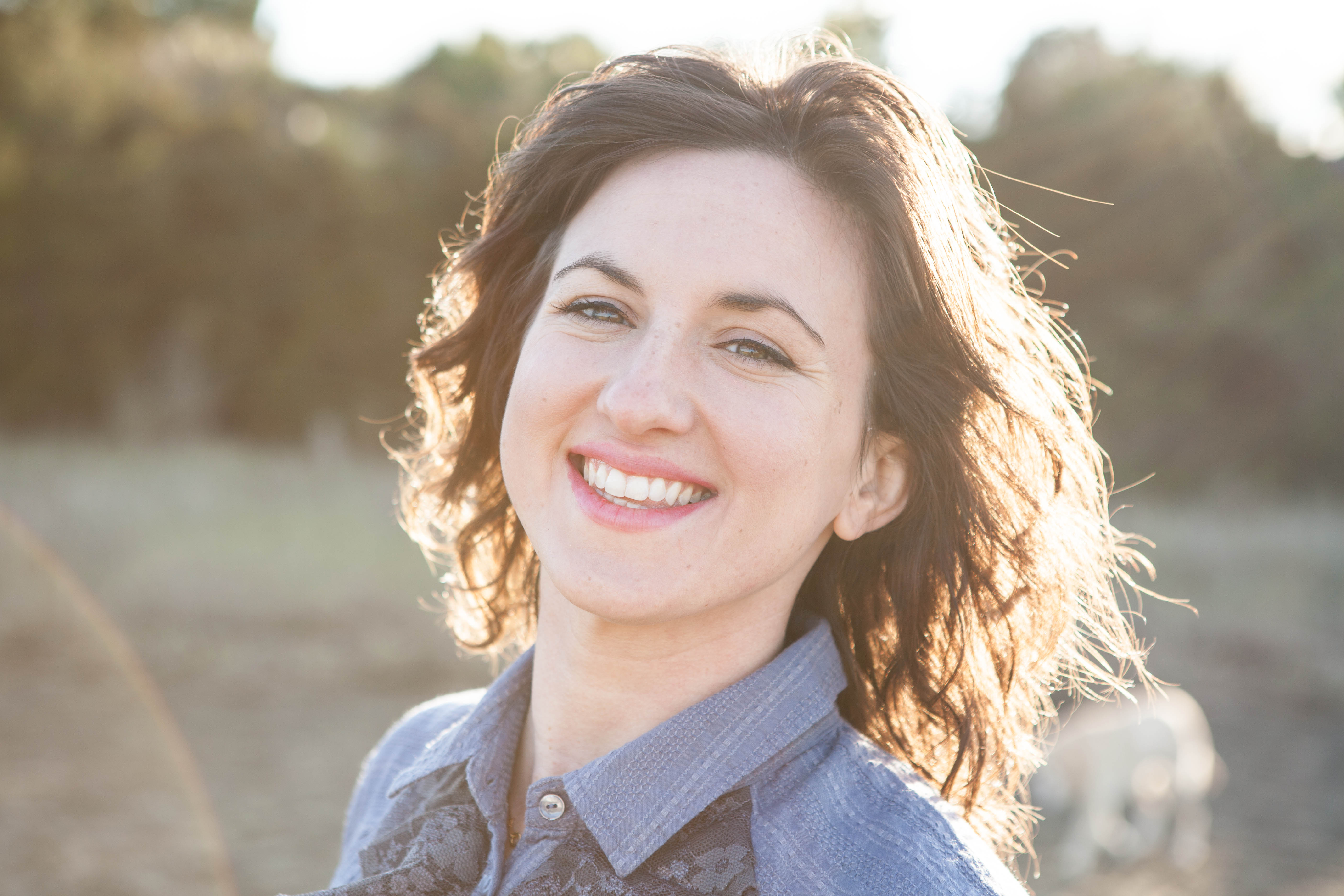 Writer. Editor. Entrepreneurial Journalist. Owner of one degree. Be You Be Sure co-founder. Reverend. Operator at Epilogue.

Alison got her start writing to save her life as a feral wild child, searching for soulfulness and a sense of direction in the suburbs. She wrote an article about creating a fake profile on Match.com while grounded one weekend. The editor of her high school newspaper said she had talent, and gifted her a column called "According to Alison," where she wrote about whatever she wanted. Freedom at last! She quickly discovered  words were the most wonderful tool to make sense of stories and the symbolism of difficult situations.

She worked as a contributing writer for the Charleston City Paper from 2008-2011 and has been published in places like The Huffington Post, Rebelle Society, Mic, Matter, and The Intentional Quarterly. She is quite excited to be a voice behind Journal To Save Your Life. 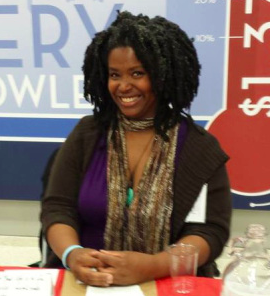 Monique lives in Philadelphia where she makes art, writes poems, sings, breaks out into spontaneous outbursts of dancing, teaches Kundalini yoga and laughs. Having navigated her own healing journey with no roadmap and precious little reliable assistance, she found rather by accident the potent healing alchemy that is creative self-expression.

Her secondary education involved learning to craft poems. Her post secondary work consisted of becoming a yoga teacher and healer who employs mantra, asana and pranayama as well as other modalities to empower those in need to see and appreciate their innate wisdom. Her wish is to act as a lighthouse to those on their own healing journey. In her spare time, she relaxes with her cat, Sadface, and enjoys going to parks, singing karaoke, and performing improv comedy. 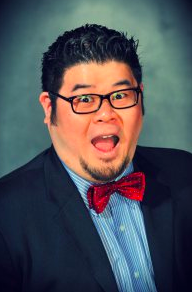 Eric has worked with top companies including BMC Software, Apple, Dell, Newell Rubbermaid, and GDF SUEZ. As an early adopter of social, Eric has spoken at top industry conferences and is a regular blogger for Salesforce, The Business Journals, Social Media Explorer and others. http://ericttung.com 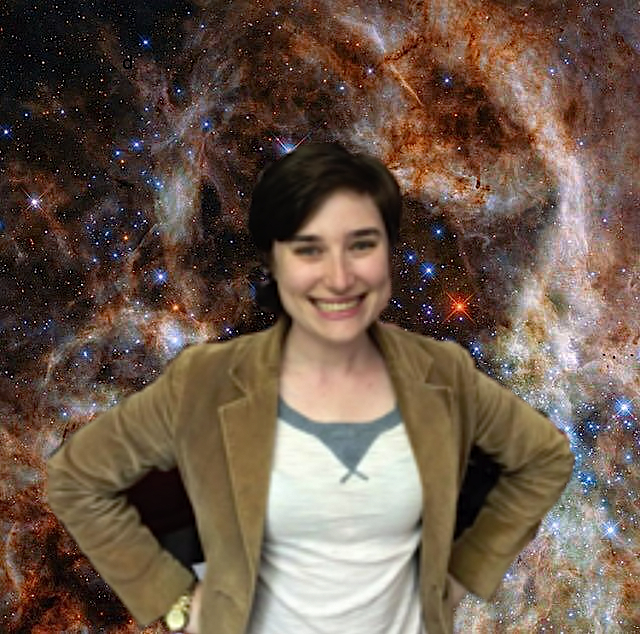 Becca is a lesbian native Houstonian activist and longtime admirer of J2SYL.  She is committed to the mission of creating beauty from pain and healing through art. Becca wants to increase awareness of the need for patient-centered mental health initiatives in Houston and nationally. She is an anthropology major, diagnostic label, Social Work graduate student learning how to care for others while also working on caring for herself.  Her loves are music of all forms, her cat Tom, Dancer in the Dark, and her friends and allies. She can’t stop singing even when the music has stopped. "Come on and rest your head, and I’ll protect you…" ~Bat for Lashes 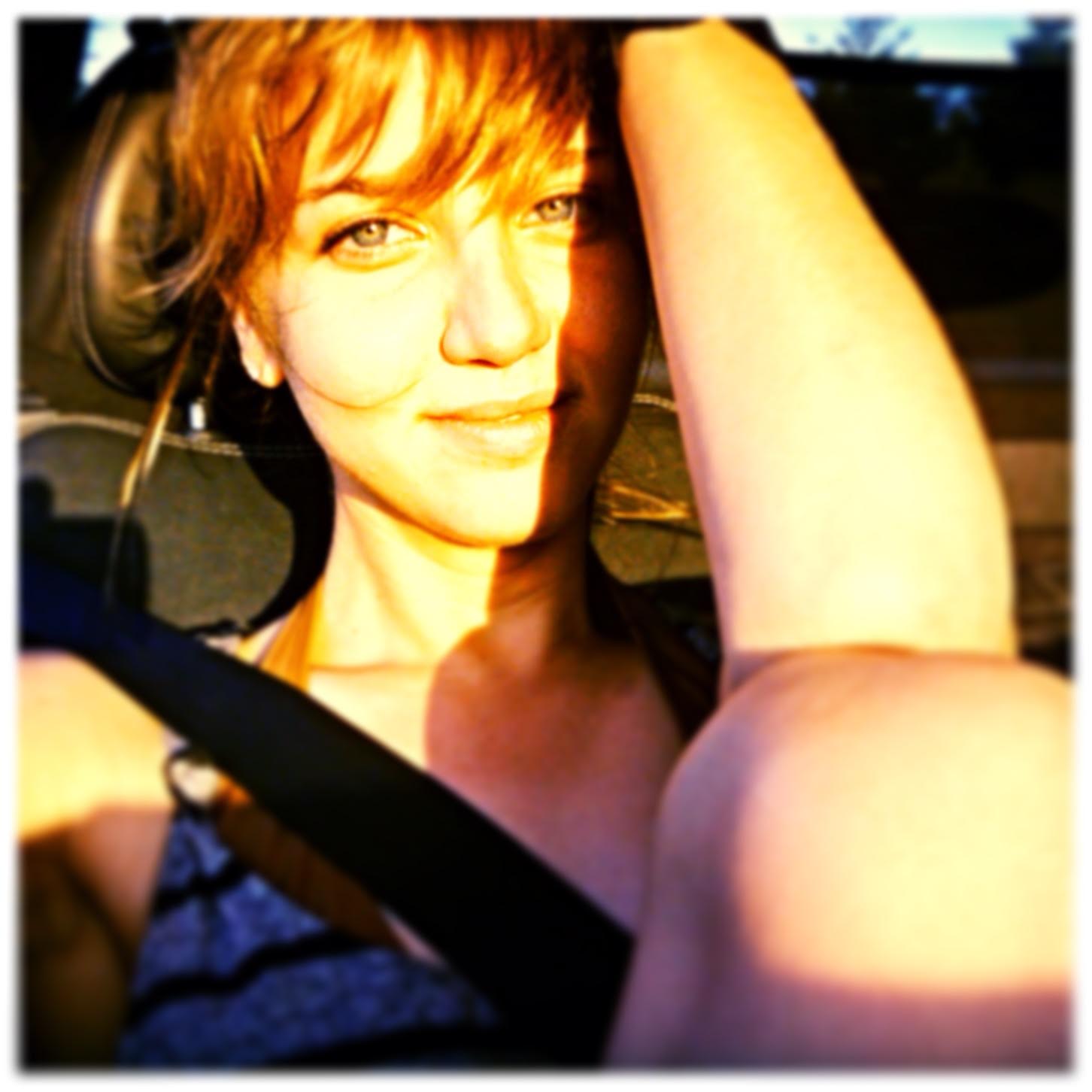 Color has always been my love, and paint, my favorite medium - for it’s beautiful blending capacity. I like starting a painting without planning a color pallet, rather allowing it to evolve spontaneously. The alchemy of the textures and hues is what becomes the actual creative expression of my work. I paint faces because that’s what I know best. I look at them every day, with every encounter. I love to observe a face up close and personal, as to not miss a single curve or shadow. A good reference photo captures a feeling and that is what I tend to pick. Using my own or another photographer’s, I edit the photo to monochrome and obscure all fine detail…leaving plenty of room for the magic of color to unfold.

When it’s all said and done, the emotion that resonates reflects my own current state of being. From the models’ expression to the color development…these choices interact with the parts of me that ask to be heard and seen. That is my mission here: to illuminate and heal all the parts of me that need it. Because the truth is, "the greatest gift we have to give is that of our own self-transformation" ~Lao Tzu. 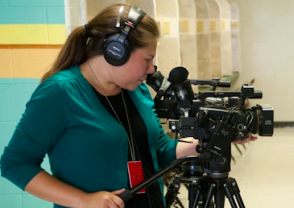 Chelsea has taken part in some form of media since the ripe age of 9 years old when she hosted a local Austin children’s program for eight years on the NBC-affiliate. She lived in New York City where she gained internships with Emmy award-winning directors Ric Burns and Jon Alpert’s Downtown Community Television (DCTV), while attending Adelphi University and Brooklyn College. 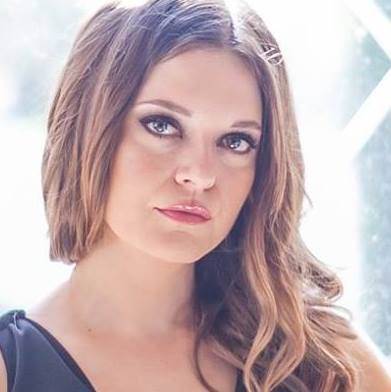 Brooke Axtell is the Director of Communications and Survivor Support for Allies Against Slavery, a non-profit devoted to ending human trafficking. As an advocate, Brooke supports survivors through their recovery process with a focus on healing through creative expression. She is a member of the Speaker’s Bureau for Rape, Abuse, Incest, National Network (R.A.I.N.N.), the largest anti-sexual assault organization in the U.S. Her work as a human rights activist led her to speak at The United Nations and the 2015 Grammy Awards. Her work as a writer, speaker and performing artist has been featured in many media outlets, including the New York Times, LA Times, Rolling Stone, Time Magazine, Wall Street Journal and CNN. Brooke has published several award-winning poetry books and released three CDs of original music to critical acclaim. 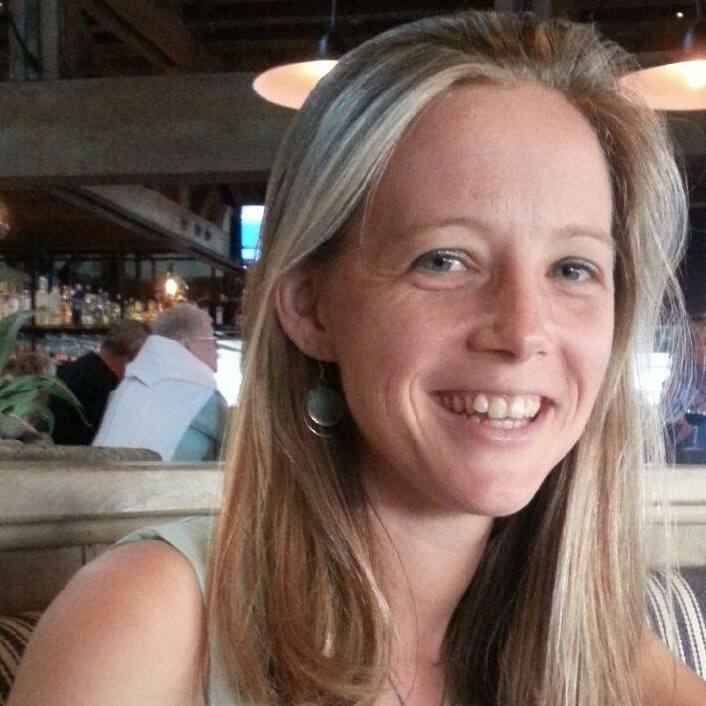 Kylie Slavik is a Digital Marketing Expert who has generated millions of dollars online for impact driven companies. She has coached thousands of women globally into greater levels of clarity, empowerment and success. Her drive behind her marketing career is to create a more just and free world, one message and one story at a time. She spends her spare time training at the gym or doing pro bono campaigns for social justice or healing ventures that could not otherwise invest in high caliber digital marketing support. You can read more about her work at www.kylieslavik.com 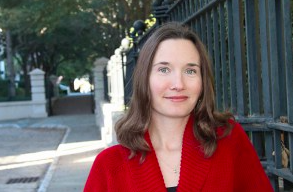 Keira was once a depressed teen herself, and she keeps her basket of tattered journals handy as a constant reminder of the power of self-reflection.

She is active with the feminist organizations in her community, including the local Girls Rock Camp, Planned Parenthood, and the Rape Crisis Center.  She teaches, studies, and writes about gender; she holds a Ph.D. in History from the University of Georgia, and she teaches Women’s and Gender Studies, History, and Honors courses at Coastal Carolina University in Conway, SC. Her first book, Gendered Politics in the Modern South, about the Susan Smith infanticide case of 1994-1995, waspublished by LSU Press in the fall of 2012. She is super-interested in all women’s issues, especially (right now) reproductive rights, motherhood, postpartum psychology, and violence.

Kimberly Hernandez educational background is social work, government, and nonprofit management. She earned her BSW from UT Arlington and her MPA from Texas A&M. She devotes much of her time to three Austin area nonprofits, as both a staff and board member. She is a humanitarian activist, who loves nature and art. She also consults on fundraising, event planning, communications, and social media across sectors. In her free time, you can find her camping, gardening, or dancing. She hopes to expand her interest in holistic wellness, particularly the intersections of mental and physical well-being. She believes the ability to hone creativity greatly contributes to coping and wellness. 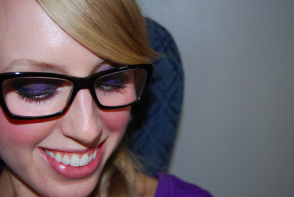 Kelsey is a Mental Health Professional who has worked in the social service field since earning her bachelor’s degree in 2007. Currently working as a crisis clinician for adults with mental illness, she also leads a weekly two-hour support group for clients focused on helping attendees empower themselves through exploring, validating, and encouraging what makes them survivors.

Kelsey has also volunteered and worked for a rape crisis organization and is a long time advocate for women’s, LGBTQ, and animal rights. In the spring of 2011, Kelsey Tour Managed for world poetry slam champion activist and poet, Andrea Gibson – traveling throughout the US to promote Gibson’s art speaking against heterosexism, sexism, white supremacy, classism, war, and men’s sexual violence. Presently pursuing a Master of Arts in Liberal Studies (MALS) focusing on Gender and Women’s Studies (specifically: ending men’s sexual violence against women), Kelsey plans to graduate August 2013.

WEBSITE DESIGN (BEHIND THE SCENES in 2012, BEFORE J2SYL.org Was Born!)

INTERACTION DESIGN CONSULTANT ~ BRIAN DILLON Brian is a designer and idea-machine who currently spends most of his time developing new web and mobile products with the R&D team at Demand Media. He has extensive experience creating something from nothing, whether a website for the non-profit Urban Roots, a student newspaper at the University of Texas, or a terrific garden in his front yard. He is a former Plan II Student at the University of Texas and hails from the far away land of Houston, TX.

DANIEL BOYD ~ raccoon. Consultant on all things categorical and metaphysical. Sharpened entire J2SYL.org 52 week program with his eye for detail and obsession with clarity.

DATABASE DESIGN ~ STAR SALZMAN Star Salzman lives a happy, delusion-free existence with his lovely goat and two beautiful penguins atop a mountain of money earned from his nonprofit which sells overpriced arms to disadvantaged revolutionaries. Quick to anger but also quick to set things on fire, he is to be trusted only as far as he can be trebuchet’d, which isn’t a word. Among his current projects are the nationwide adoption of ‘extra extra sharp’ as a cheddar cheese designation and the abolition of software that makes your photos appear to come from a different decade. He can be reached by saying his name 3 times backwards in a mirror made from compressed mercury. (P.S. He hacked into a major database…then was hired by the University of Texas at Austin to protect them from Russian hackers. This part is actually true. He's the one who helped design J2SYL.org's database…YES! ;)).